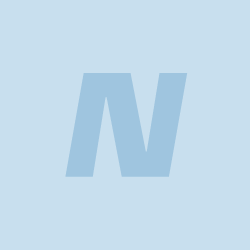 Nelnet, Speedway join on proposal for 21st and N Street

One of Lincoln’s largest real estate developers and one of its largest employers are proposing to turn almost 20 acres in the area of 21st and N streets into a mixture of apartments, row houses, offices and an employment center named the Telegraph District.

Partners Speedway Properties and Nelnet have acquired an additional 16 properties near the city’s 21st and N streets site targeted for redevelopment, including the historic phone company buildings and Fisher Foods buildings.

Nelnet plans to turn the Windstream office building at 401 S. 21st St. into a modern office for employees of the Lincoln-based company that services student loans.

The developers, based on documents submitted to the city’s Urban Development Department, also propose converting the Fisher Foods warehouse and dairy buildings into apartments and hope to purchase the old Muni Pool building and convert it into a day care facility.

The proposal by Speedway and Nelnet is the most aggressive of the two redevelopment plans the city is considering for the area east of downtown and near the Antelope Valley Project.

Under the other plan, the Hoppe Brothers would redevelop the 5 acres owned by the city into apartments and retail stores. It is a slimmed down version of the developer's proposal previously selected for that location.

The developer was unable to get financing for higher-end row houses that were part of its original plan, and the city decided to cancel that agreement and seek a new round of redevelopment proposals.

The proposal does not include a grocery store, as the original proposal did. Fred Hoppe has said he was unable to convince a grocery to use that location.

Two-thirds of the apartments and homes are targeted at residents whose incomes are 60 percent of the median income or below, said Fred Hoppe. The properties would be operated much like the Creekside Village in the North Bottoms, he said.

The larger Telegraph District would be developed by a joint venture, owned by Speedway Properties and Nelnet, called the East Downtown Development Corp., or EaDo.

The Telegraph District would eventually include office and retail space and many types of housing, including owner-occupied townhomes, rental apartments, lofts and live/work units.

The EaDo developers plan to incorporate artwork into the landscape, including a signature piece at the northeast corner of the intersection of 21st and N.

The developers anticipate nearby bike trails and easy access to downtown will be part of the overall appeal of the area.

The “simultaneous redevelopment of Windstream and Fisher Food buildings will remove existing blight and will greatly enhance the site,” according to the EaDo proposal.

“Nelnet’s plan to locate hundreds of jobs into the old Windstream office building will help increase the project's success by creating local demand for walk-to-work housing and neighborhood services.”

“In addition, the site’s easy bicycle access to the Billy Wolff Trail and the new N Street bikeway makes this a desirable bike-to-work location.”

EaDo also suggests the city needs to expand the trail system to connect this area with other trails, and include a bike share station. City staff and others are looking at starting a bike share program, where bikes are available for free or a small price for people to use in the downtown area.

A screening committee, now considering the two proposals, will make a recommendation to Mayor Chris Beutler this month.

The redevelopment plan selected by the city will likely use tax increment financing as a part of its package.

TIF bonds can be used to pay for development costs that have a public benefit.